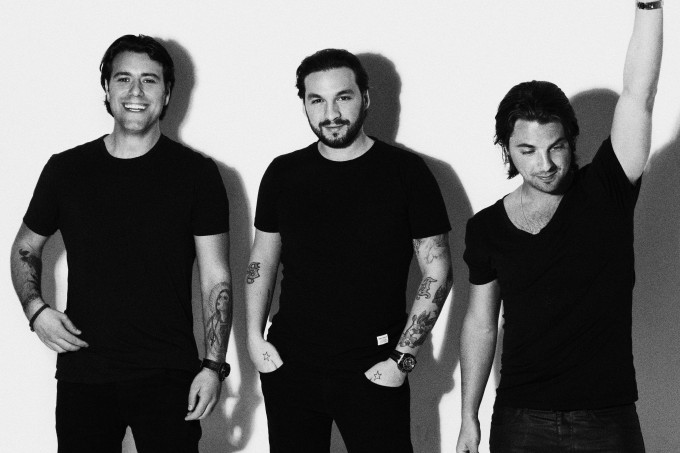 July 14th 2012 saw SWEDISH HOUSE MAFIA bid a glorious farewell to the UK in spectacular fashion with their biggest headline show to date at Milton Keynes Bowl. To celebrate this landmark show the band debuted new track ‘DON’T YOU WORRY CHILD’ to 65,000 ravers against a show-stopping backdrop of lasers, fireworks and flames. A euphoric track with signature Swedes’ drops, hooks and featuring vocals from John Martin, ‘DON’T YOU WORRY CHILD’ will receive a full commercial release in the UK on 7Th OCTOBER 2012, international release date will be 14th September 2012.

After exploding on to the scene in 2010, the Swedes followed up their huge genre-defining club track ‘One’ with the Worldwide platinum-selling single ‘Miami 2 Ibiza’ featuring Tinie Tempah. Both tracks appeared on their double gold-selling compilation album ‘Until One’, which is still in the top 50 chart nearly two years after its release. The boys followed this with top 10 UK single ‘Save The World’ last Summer, also a huge hit around the globe. They ended 2011 playing to 20,000 people at New York’s Madison Square Garden which sold out in a staggering 10 minutes. 2012 so far has seen the release of their highest charting single to date – ‘Antidote’ – a collaboration with Pendulum’s Knife Party, a second bigger and better Masquerade Motel in Miami and the release of the incendiary ‘Greyhound’ (an all-Swedish collaboration with Absolut Vodka). And now the single ‘Don’t You Worry Child’ is set to tee up their biggest, most ambitious tour to date and will see the boys playing huge farewell shows across.

Listen to Pete Tong’s exclusive play of the track here: