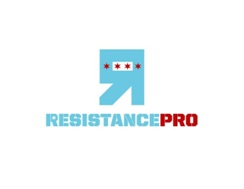 CHICAGO (February 20, 2013) —The Walter E. Smithe brothers–known across Chicago for their witty and memorable television commercials and extensive inventory of well-made, stylish and functional furniture and home accents–are at it again… this time inviting Billy Corgan and his Resistance Pro wrestling company to join in their commercial hijinks, which can be seen on YouTube.

Corgan may be best known as the Smashing Pumpkins’ singer/songwriter, but he’s not OK with smashing just anything. In the commercial, Corgan humorously saves a bar chair by beloved Chicago furniture retailer Walter E. Smithe from a royal crushing.

“Chicagoans have come to expect a certain irreverence from our commercials, and this new spot with Billy Corgan and Resistance Pro certainly delivers on this expectation,” said Tim Smithe, Chief Marketing Officer for Walter E. Smithe.

“I am proud of Resistance Pro’s growing popularity,” says Corgan. “Tim Smithe and his brothers presented us with the opportunity to share our brand. I’m grateful to the Smithe brothers for their $50,000 donation to PAWS, a charity that is important to me.” Corgan has helped raise over $140,000 for PAWS this year. http://www.pawschicago.org/

At the beginning of the commercial, Corgan gets into the wrestling ring with the three suited Walter E. Smithe brothers. The four men circle three tall bar chairs in a game of musical chairs. When the “music stops,” Corgan comes up short. To retaliate, he calls in three wrestlers from his Resistance Pro wrestling company to take the Smithe brothers out. Corgan eggs on the wrestlers, suggesting body slamming moves. But he draws the line at using one of the chairs to finish a brother off: “Wait! That’s a Walter E. Smithe chair!”

Why musical chairs in a wrestling ring, you ask? Corgan is the creative director of Chicago-based Resistance Pro wrestling company – a partnership between Corgan and brothers Jacques and Gabriel Baron.

The commercial will officially air on TV soon.

Walter E. Smithe is a four-generation, family owned and operated furniture retailer that originated in 1945 on Chicago’s northwest side. Today, from its Itasca, Ill., headquarters, it operates 11 showrooms throughout Chicagoland and northwest Indiana. The company’s “you dream it, we build it” approach allows consumers to customize their furniture purchases with thousands of different upholstery fabrics and leathers and a variety of special treatments. Design services from more than 225 company designers are included with every purchase.

As the vocalist, lead guitarist and songwriter for The Smashing Pumpkins, Billy Corgan is one of the most compelling figures in rock. He has led the band to great success: the Pumpkins have created one of the most acclaimed bodies of work in musical history having sold more than 30 million albums, and won multiple Grammy Awards in the process. In June 2012, the band released the critically acclaimed album Oceania via Martha’s Music/EMI Label Services/Caroline Distribution. It entered the Billboard Top 200 Albums Chart at #4; earned the #1 spot on the Independent Albums Chart; and Rolling Stone hailed it as one of the best albums of the year. In addition, as a writer, producer, player and singer, he’s contributed to recordings by the likes of Cheap Trick, Ric Ocasek, New Order and Hole, among others. In 2004, he published Blinking with Fists, a book of poetry that debuted on the New York Times Best Seller list.  In 2008, Fender unveiled the Billy Corgan Stratocaster guitar, an extraordinarily versatile tone-machine, produced to Corgan’s exacting specifications. The Billy Corgan Stratocaster is an especially modern take on the iconic Fender Strat® model, built especially for a high-gain sound and designed to create Corgan’s signature mid-’90s buzz saw tone. Corgan is also the creative director for Resistance Pro—a Chicago-based wrestling company, and is the sole proprietor of Madame Zuzu’s, a Chinoise inspired teahouse located in Highland Park, IL.