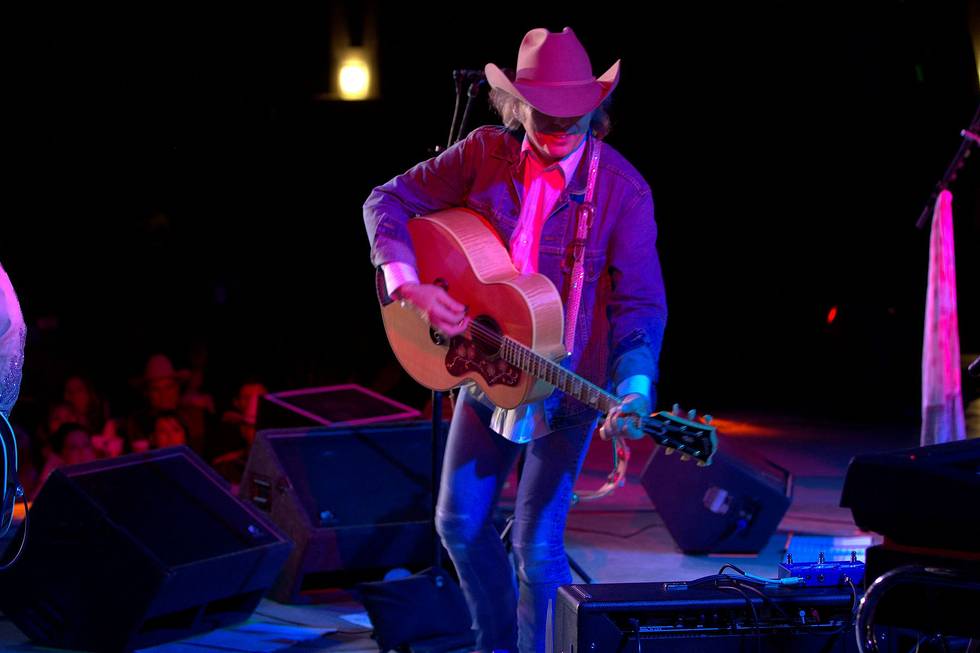 DWIGHT YOAKAM has sold out a second night at Nashville’s historic Ryman Auditorium, with tickets for the Saturday, April 13 show selling out in 45 minutes when they went on sale this past Friday.  The GRAMMY Award-winning artist’sApril 12 show also sold out quickly, in 30 minutes, when it went on sale February 8.

Yoakam was also confirmed this week as a performer at the Bonnaroo Music & Arts Festival, set for June 13-16 in Manchester, TN and will appear April 27 at Stagecoach: California’s Country Music Festival in Indio, CA.

Dwight’s Ryman dates marks his return to the Mother Church of Country Music’s sacred stage for the first time since 2005. “The Ryman is one of a handful of places in the world, that from the moment you step inside, you can feel that you have entered a hallowed chamber occupied by the essence of the great,” said Yoakam, who is currently touring in support of country’s most critically-acclaimed album of 2012, 3 Pears. The Lone Bellow, one of the most talked about new bands this year, is set to open.

Dwight has been included in more critics’ year-end lists in 2012 than any other country artist. In addition, 3 Pears holds the record for the most weeks at #1 (eight) at Americana radio.  Here’s a sample of other praise for 3 Pears, which marks Yoakam’s 26th studio album and is his highest-charting debut on the Billboard 200 and Billboard Country Albums charts.

“For his first album of originals in seven years, trad-country torchbearer Yoakam had the inspired idea to call on Beck to produce a couple of tracks. The result, in ‘A Heart Like Mine,’ hits you like a linebacker–a ringing, clattering blend of Buck Owens-style California country and Sixties garage psychedelia.”

“I’ll name my favorite country album of the year: Dwight Yoakam‘s 3 Pears, which is not just a return to form for the honky-tonk singer, but also one of the most consistently pleasurable albums by anyone this year.”

“…Yoakam’s wide ranging influences are fully integrated into the singular perspective of an artist. In other words, it all comes out sounding like Dwight Yoakam–at his best. Sharp, conceptual, and full of adult longing, this leap forward still honors the ol’ Guitars, Cadillacs.“

“[3 Pears]…has got hard shuffles, trebly guitars, steel-guitar solos, strong chorus hooks. It locates some measure of cool within old obsessions…but doesn’t want to be contained…The voices are loud, the guitars are louder.”

For the latest Dwight info and tour dates, visit:

About Dwight Yoakam:
Praised by Associated Press as “one of the most consistently interesting country music visionaries of his time” and honored at the 2012 6th Annual ACM Honors with the prestigious Cliffie Stone Pioneer Award, Yoakam has sold more than 25 million albums, has 12 gold albums and nine platinum or multi-platinum albums, including the triple platinum This Time.  Five of his albums have topped Billboard’s Country Albums chart with another fourteen landing in the Top 10.  More than 30 singles have charted, with 22 Top 20 hits. Yoakam has won two GRAMMY Awards and earned an impressive 21 nominations.